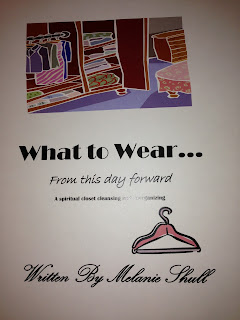 This past Sunday was the beginning!
Introduction to...
What to Wear... from this day forward
A spiritual closet cleansing and reorganizing
11th and 12th grade girls
2 teachers
So exciting! 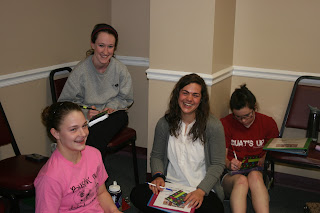 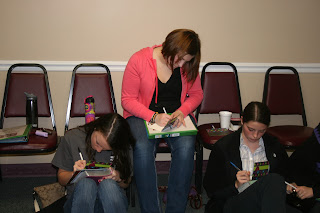 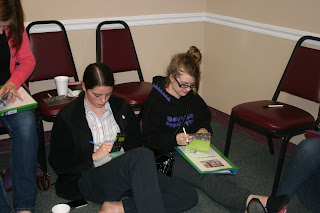 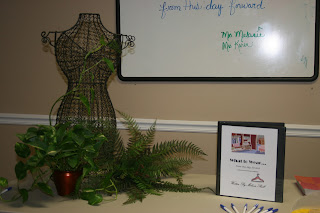 
Question:  "Why do we wear clothes?"
One Girl's Answer:  "Because we would get arrested if we didn't."
Oh, how they make me smile!
The above question was designed to get the girls to think...

to the very first attempt of a cover-up.


The very first sin occured in Genesis 3 resulting in shame and an attempt to cover up the sin and shame.  This attempted cover-up set God's redemption plan, which was designed before time began, into motion- right there in the garden. (Read Genesis 3) 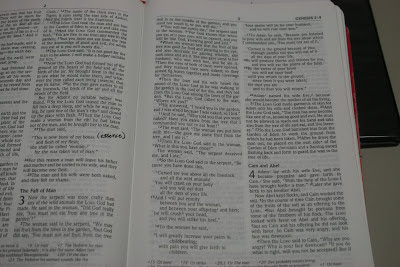 Eve dwelled on doubt. Doubt was placed in her mind by the truth-twisting serpent (Satan).  The doubt led Eve to question God and His promise about the forbidden fruit.  Then the questioning led to the acceptance of the twisted truth, convincing herself that God didn't really mean what He said.  Forming her own conclusion over God's truth, Eve examined the mouth-watering fruit, took the forbidden bite, and sin was birthed.

Serving the forbidden fruit to her husband, they both fell short; short of God's glory-the glory they were already experiencing- and as their eyes opened spiritualy, knowing good and evil, they were ashamed; ashamed because they were naked.  They attempted to cover themselves with fig leaves and tried to hide from God in the garden.  But God knew what they had done. They had to own up and face their sin.
So...this is why we wear clothes!  S-I-N.  Sin.


Because they couldn't cover up their sin, God made animal skins for them to wear.  God killed the animals to get the skins to cover Adam and Eve's sin.  This was the first picture of redemption- the shedding of blood- the first sacrifice, performed by God Himself. Adam and Eve couldn't cover their sin; only God could make the sacrifice to pay the price for sin.  His Son, Jesus Christ, would be the ultimate sacrifice in the fullness of time.

What to Wear... from this day forward is the new study that my daughter's discipleship group is working through this semester.  As she is becoming a young woman, and my time with her slips away, I know I have to be intentional about teaching her some very important spiritual principles.  My spiritual walk catapulted during my senior year in high school and through college. I pray with a sincere heart that this Bible study, which was written as a graduation gift for her and for the girls who have graced our home through the years, might help in doing the same for them.  As we study God's Word together, learn from and encourage one another, my blog over the next several weeks will include a recap of each week's lesson.